Song Titled: “I CAN”

Written and Performed by Amanda Alfaro 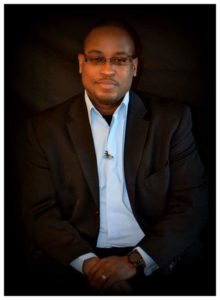 “Out of Trauma something can emerge BEAUTIFUL & STRONG!”

First, I believe it is my duty to be able to actively listen to my client, obtain a good understanding of where they are and where they want to go. Together, we will move you and/or your team or organization in the desired direction to reach your goals.

As a young man growing up in North Chicago, I quickly learned that life is full of rewards and upsets, if I allowed it to happen. At 3 months old, I was abandoned by my mother, left inside of a garbage can in an alley waiting to die. However, life had other plans for me. A passerby heard my faint cries and pulled me from the garbage can.

Later, I was adopted but went on to experience years of physical and emotional abuse by my adopted mother, but who also was a strong force in my life later died of breast cancer. My adopted father whom I found security within experienced a severe stroke which left his right side paralyzed (I was 7 yrs. old). At the age of 12, I ran away from home and was placed in foster care. I was adopted again, but I experienced more mental and physical abuse. I dropped out of the 9th grade and began running away again. At the age of 16, the authorities declared me an emancipated teenager. Homeless, high school drop out, sleeping on the streets and dumpster diving for food was my way of survival. I obtained my GED and entering the military. While serving overseas in the military, word came to me that my second adopted father killed himself by shooting himself in the head while my little brother and sister was in the house. Later, married and father of three children, single father, divorced and married again with a wonderful wife and children, I overcame numerous barriers in life mentally and physically.

I’ve made some good choices and not so good choices in my life. Some of these choice kept conflict in my life, a barrier which stopped me from growing.  I’ve learned to forgive and love which have made me a better person. Over the years, I’ve learned to tap into the power of my own mind and higher power to overcome and achieve.

Obtaining a college degree, serving my country for 20yrs., founder of “I CAN” Community Development Foundation, owner of “Lifted Hypnosis LLC.” I have assisted many individuals with obtaining a better quality of life by overcoming their fears, personal barriers, achieving their goals and dreams. My past experiences, expertise in Hypnotherapy (trained by one of the best National Accredited College of Hypnotherapy) and Cognitive Behavioral Intervention Specialist (17 years of experience facilitating CBI programs) and 20 years of serving our great Country in the military has influence my approach to helping clients to overcome and achieve success.

I Live in Washington State with my lovely wife and 4 children. I’m also blessed to have 3 adult children living on their own.

Contact me, I am looking forward to assisting you on your journey to overcoming and achieving your goals!

YOU CAN OVER COME ANYTHING, THE MIND IS POWERFUL!  TRUST AND BELIEVE!